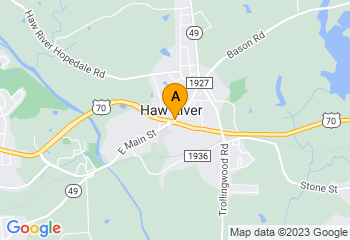 Back in 2006, Matt and a couple of his friends started dabbling in the art of BBQ on Poker Nights.  Texas Hold ‘Em tournaments began to turn into mini BBQ competitions.  Matt began researching all he could about the skills involved with true BBQ cooking.  He bought his first off-set smoker and began cooking on the weekends regularly -staying up all night long, monitoring the temperature, stoking the fire and fine- tuning his cooking times.

As time went by, Matt continued his research by visiting local BBQ joints and sampling the local fare.  He continued to fine tune his cooking skills and developed a knack for seasoning and smoking pork butts to perfection.  As more people tried his BBQ, more people began requesting it for their special events.  A few jokes were even made about Matt opening a restaurant to sell his BBQ.

In 2009, Matt and Jen decided to do a taste test to see if their BBQ really lived up to the standards of picky North Carolina BBQ eaters.  They decided to hand out free samples at a neighborhood movie night in their home town of Mebane, NC.  Matt was happy to simply hand out the BBQ samples alone, but Jen insisted that there needed to be a sauce to accompany the meat.  And much to Matt’s dismay, she accidentally created her famous “Meet in the Middle” sauce – which everyone loved!  With Matt’s BBQ and Jen’s sauce getting rave reviews from the folks in the neighborhood, they began to think a little more seriously about pursuing the whole restaurant and catering idea.

The restaurant brainstorming and location hunting continued in the midst of serving up our BBQ at events like the Mebane Dogwood  Festival and the People’s Choice Contest at Hillsborough Hog Day. Our confidence grew after winning a couple of awards for our Chicken and BBQ!   With every event we did, we continued to become more encouraged and get more requests to open a restaurant.

So here we are, at our little home in Haw River, NC.  Hoping to continue to serve up great BBQ to the folks in our area as well as those “just passing through”.  We look forward to enjoying your company and making you full and happy!

We hope to see you soon! 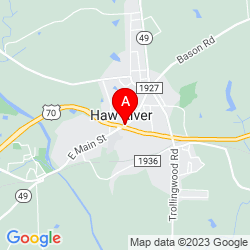